I’ve been working during the last week or so on setting up a DR strategy for a solution that is based on API Management, Azure Functions and Service Bus. Most of the deployment to the secondary site is dealt by VSTS, but one of the main issues on the proposed strategy was the fact that APIM instance utilized is Standard, which doesn’t allow multi-region deployments. This way, to guarantee that all APIM configuration, including users, API policies and subscriptions, I had to leverage from the backup/restore functionality available in APIM, based on the Management API.

The API calls for backup and restores are quite straight forward, but use a authorization token that must be requested before the API call can be executed. So, to automate the process to generate the token and execute the backup or restore API calls, I decided to use Logic Apps.

Once the service principal was setup, I had to setup permissions in a couple of places:

To assign delegation permissions to the service principal, follow the steps below:

Select the right API to delegate permissions by clicking on:

Finally select and grant the permissions by following the steps below.

Assigne the following roles on primary and secondary resource groups:

With the service principal setup, my next step was to implement the logic apps.

Each one of the logic apps followed the same pattern: 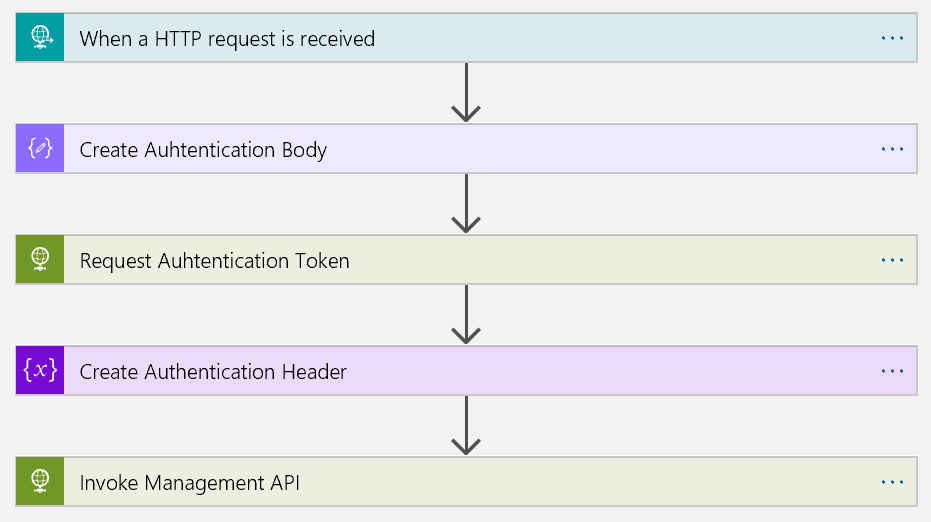 The logic app require the following input to run:

The API call that generates the authentication token requires that the payload to be sent using url-form encoded, so instead of the usual json payload, the message must be sent in the following format:

In the payload above:

This payload is passed as the body of an HTTP action with the following configuration:

The authentication token is requested from:

where tenantId is the ID of the AD tenant where the resources are deployed (and the service principal was created). Also notice the Content-Type: application/x-www-form-urlencoded header. Finally body received the output from the previous compose action were the url-form encoded payload was created.

Finally, the api call for the backup have the following format: 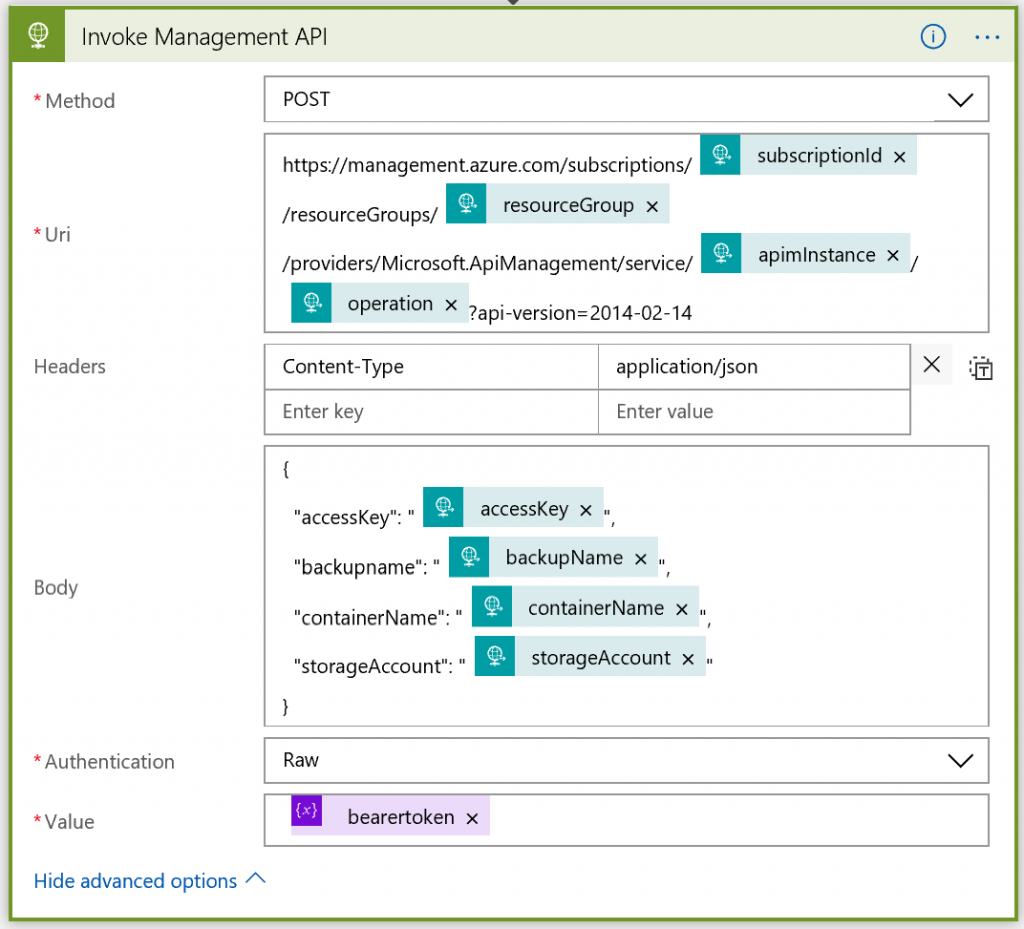 The api endpoint is created using the following properties:

The body in this case is a normal json payload (hence the Content-Type: application/json in the header) and have the following properties:

Most important in this case, is the authentication method, which is set to Raw, and have the value of the bearertoken variable (initialized as “Bearer “+access_token).

I’ve implemented this logic app to automate backups and to execute restore during a DR event for a project where APIM has been used. The way I am taking advantage of this logic app is:

So I don’t override older backups (I am planning to use the latest updates from the storage account to set a retention policy and remove backups older than x days).

You can find an ARM template to deploy this logic app here, if you’re interested.